Today we have the release day blitz of Twisted Pride by Cora Reilly. Check it out and be sure to grab your copy today! 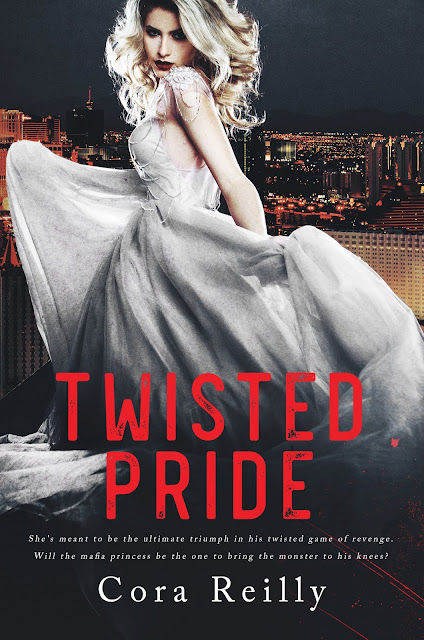 Remo Falcone is beyond redemption.

As Capo of the Camorra he rules with a brutal hand over his territory – a territory the Chicago Outfit breached.

Now Remo is out for retribution.

A wedding is sacred, stealing a bride sacrilegious.

Serafina is the niece of the Boss of the Outfit, and her hand has been promised in marriage for years, but kidnapped in her wedding dress on her way to church by Remo, Serafina quickly realizes that she can’t hope for saving. Yet, even in the hands of the cruelest man she knows, she is determined to cling to her pride, and Remo soon understands that the woman at his mercy might not be as easy to break as he thought.

A ruthless man on a quest to destroy the Outfit by breaking someone they are supposed to protect.

A woman intent on bringing a monster to his knees.

Two families that will never be the same.

His lips widened in a harsh smile. “The truth is that you are a woman, something precious, something they must protect. It’s engrained in them, burned into them irrevocably from the day of their birth. Their honor dictates they keep you safe, and every second you are in my hands, they are failing you, failing themselves. With every second that passes the shame of their failure eats away at their honor. As Made Men we live on honor and pride. They are the pillars of our world, of our fucking self, and I’m going to tear them down pillar by pillar until every fucking member of the Outfit is crushed beneath the weight of their fucking guilt.”

My breath had lodged itself in my throat, and I could do nothing but stare at the man in front of me. Maybe he’d underestimated me, but I—and I feared even the Outfit—had underestimated Remo Falcone as well. His actions spoke of barely restrained violence and led you to believe that he lacked any sliver of control, that he could be driven into rash acts. But Remo was dangerously intelligent. A ruthless man with the power and wit to get his revenge.

“Maybe they will feel guilty, but they won’t waver. They won’t risk any part of the Outfit for me. Not for the soundness of my body, not for my life, and least of all for my innocence, Remo. So take either or all. You won’t weaken Dante or the Outfit.”

Remo’s thumb stroked the side of my throat. I wasn’t sure if he did it on purpose or without noticing, and it wasn’t the touch but the look in his eyes that made me shiver.

“They will protect your innocence at any cost because it’s the only pure thing in their fucking lives. They think your innocence could wash away their sins, but they breathe sin. We all do.” 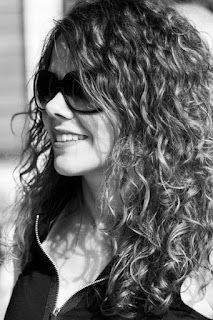 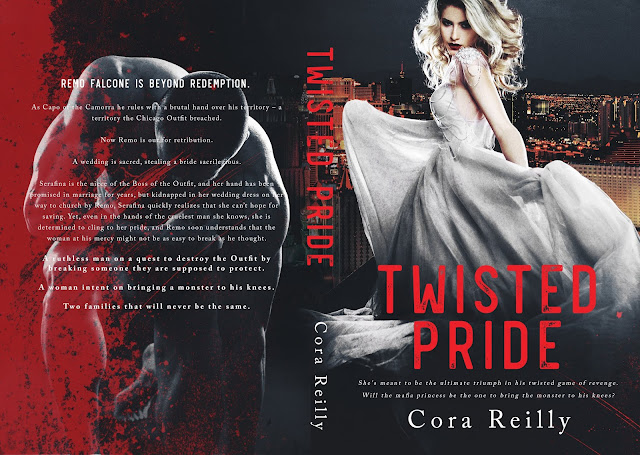