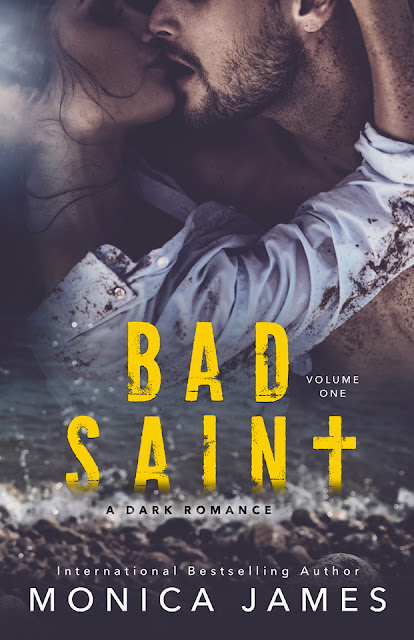 
I was kidnapped on my honeymoon by three masked men.
Blindfolded.
Bound.
Destination unknown.
I was told to stay silent and abide by their rules. But they didn’t realize I wasn’t a victim…not anymore.
The open sea was my backdrop for nine torturous days. During that time, glimmers of my fate were revealed by a man with the mysterious chartreuse-colored eyes. He should have scared me, but he didn’t.
He intrigued me. And I intrigued him.
He punished me when I didn’t listen, which was every single day. But beneath his cruelty, I sensed he was guarding a grave secret.
I was sold.
And in a game of poker, no less.
My buyer? A Russian mobster who likes to collect pretty things. Now that I know the truth, I only have one choice.
Sink or swim.
And when one fateful night presents me the opportunity, I take it. I just never anticipated my actions would leave me shipwrecked with my kidnapper.
He needs me alive. I want him dead.
But as days turn into weeks, one thing becomes clear—I should hate him…but I don’t.
My name is Willow.
His name is Saint.
Ironic, isn’t it? He bears a name that denotes nothing but holiness yet delivers nothing but hell. However, if this is hell on earth…God, save my soul. 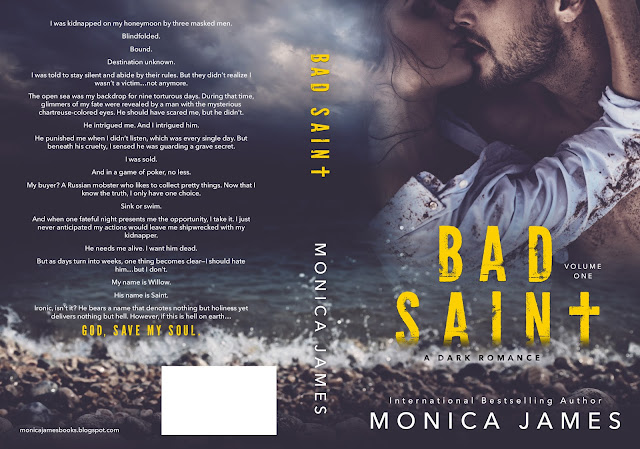 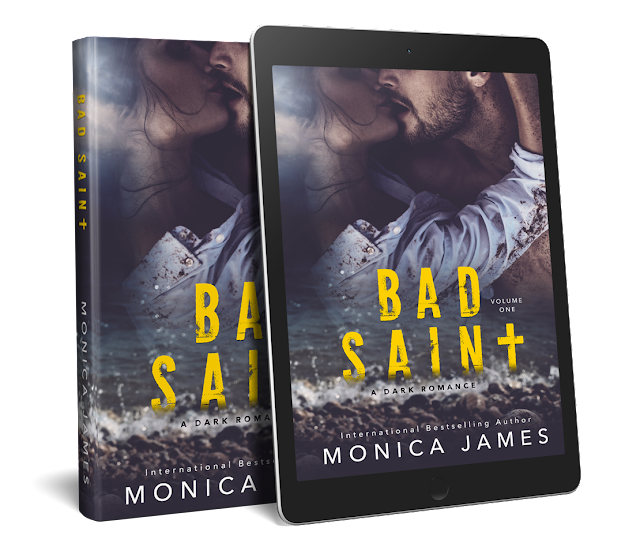 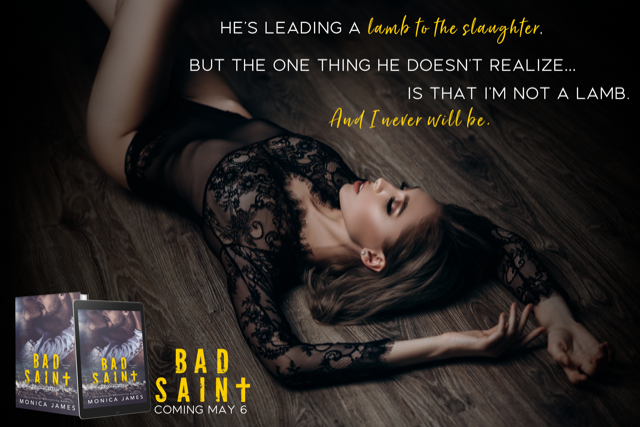 The pillowcase and gag are certain to kill me soon, and if not, my racing heart will give out in next to no time. Arms link through mine from behind and help me stand. I know it’s the American. His fragrance gives him away. I stand wearily, but I will stagger to my death before anyone carries me.
“Ten steps,” the American whispers from behind me. I flinch at his muffled voice through the pillowcase. He stands at my back, ensuring I don’t fall. I could mistake his actions for him giving half a shit, but it’s clear that wherever I’m going, they need me alive. If not, they would have killed me already.
This isn’t a robbery. It’s a kidnapping.
Once I shakily descend the ten steps, my feet hit the sand, and in any other circumstance, I could appreciate the softness between my toes. But when I’m pushed and shoved as the American no longer seems to be near, all I can appreciate is that I’m not dead—well, not yet anyway.
Through the pillowcase, I can hear the gentle lapping of the ocean against the shore, but it’s none the wiser that three criminals are about to use it to aid in changing my world forever. When my feet tread water, I jolt with the sudden fear that they’re going to drown me. But that doesn’t make any sense.
If I’m going to survive this, I have to keep my head clear.
“Boat. In,” says someone, maybe Russian two or one. They all sound the same.
I’m yanked up—someone pulling on my floppy arms while the other lifts my legs—and I feel like a chew toy being ripped into two. Once I’m dragged onto the boat, I’m directed on where to go as someone shoves me in the back, screaming at me in a language I don’t understand.
I’m then forced down some stairs where I lose my footing and fall flat onto my stomach. Grunting on impact, I instantly search around, hoping to distinguish where I am—I’m in the bottom of the boat. The galley.
“Stay,” someone commands, ensuring I be the good dog they clearly see me as being.
Fuck them.
I rise slowly, using my hands as eyes as I feel my way around blindly. I need to find a weapon. One small enough to hide. Blood is seeping into my eyes from the wound on my temple, so I close them because I can’t see through this thick pillowcase anyway.
My fingers come into contact with what feels like a small torch. Not the weapon I had in mind, but it’ll have to do.
I’m interrupted when I hear someone tsk me before I’m being dragged by my long hair and hurled against what feels like a cushioned bench seat. The pain in my head just amplifies. “Arms behind. Hands together.”
I shakily comply, sobbing around the gag.
He reaches around me, and when the unmistakable feel of metal snaps around my wrists, I know my freedom is dwindling by the second. He yanks at the handcuffs to ensure they are tight. They are.
My breathless panting reveals my fear, but when I feel the predatory touch at the back of my calves, I freeze. Two hands glide up and down my flesh, humming in satisfaction. He’s on his knees before me.
Oh, god.
“You pretty.” His English is broken, but I’m not lost in translation. I know what he wants.
“We going to have fun, and it’ll be our secret.” Next, I feel a wet tongue lap its way up the side of my calf. The smell of cigarettes and sweat has my stomach roiling.
Adrenaline takes over, and I attempt to kick him, but he’s too fast, chuckling as he pushes down on my ankles. He then begins to bound them with coarse rope.
Once he tugs at my restraints, it sounds like he stands. I try to kick my feet out, but they’re tied to something hard beneath me. I’m bound. Hands and feet. And gagged. I’m not going anywhere.
“She tied up?” I almost sigh in relief when I hear the American. He was the only one who showed me an iota of mercy. The other two scare me. The American doesn’t.
“Yes, like a present. You want to unwrap her?”
I suddenly feel so objectified and dirty and attempt to recoil, but I can’t move. My heart is racing, and my breathing is uneven. The tears have long dried as I’m awaiting their next move.
“Shut the fuck up and let’s go.”
That was not the response I was expecting. The Russian laughs.
“Calm down, неудачник.”
“Fuck you. Up on deck now.” The American talks big and seems to be calling the shots. I wonder who he is?
My only clue to what’s going on is what I hear, and before the hatch closes, I’m presented with clue number one. “Be in Turkey soon. I hope you don’t get seasick, Saint.” Then the hatch closes, leaving me with the sound of the muted voices above me.
Turkey? Why are we going there? But more importantly, I just uncovered the name of my American captor…Saint.
Ironic, isn’t it, that someone who bears a name denoting nothing but holiness can deliver nothing but hell.
Bon voyage. 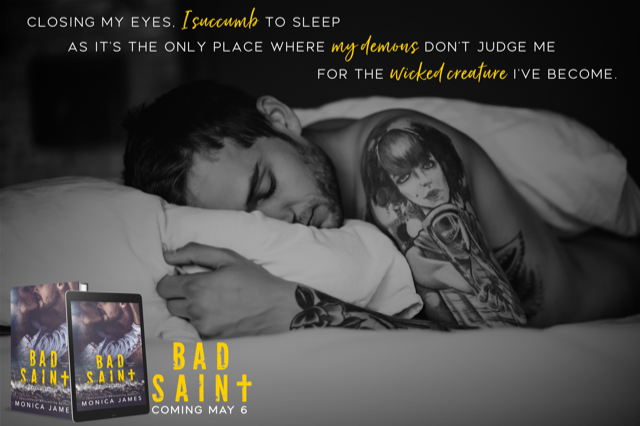