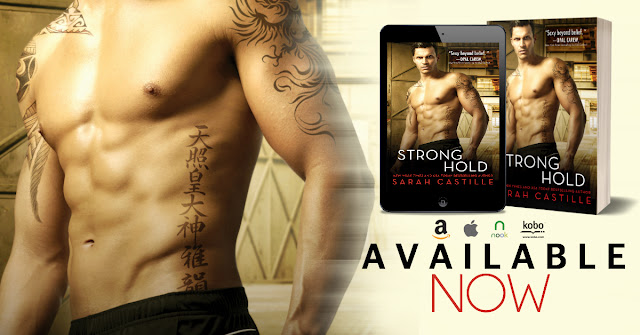 Once their passion unleashes, there's no going back...
Strong Hold by Sarah Castille is AVAILABLE NOW! 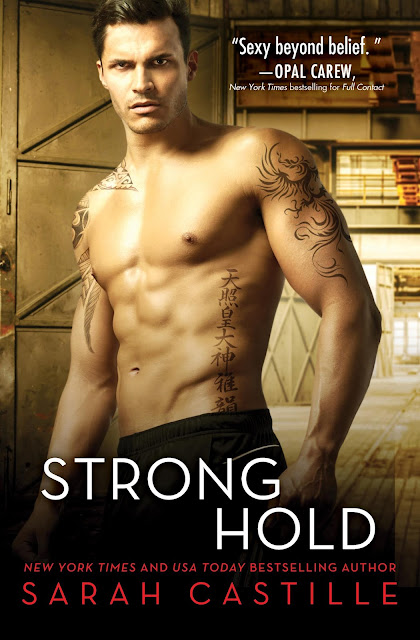 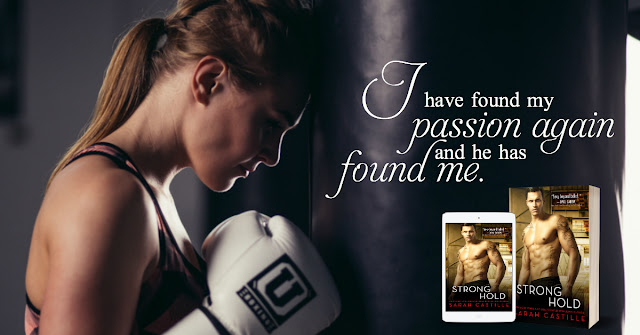 For the longest moment Zack's brain couldn't process the sight in front of him.

Fight promoter Zack Grayson is on the prowl for a rising star. As the top recruiter of a prestigious MMA promotion company, he wants to take someone where he was never able to go: the top of the professional league. He didn't expect that someone to be the woman he loved...and left.

Top-ranked MMA amateur fighter Shayla "Shilla the Killa" Tyler built walls around her heart when Zack left her seven years ago—and again when her husband turned violent. Now, seeing Zack is nearly enough to send those walls crumbling. But she can't risk the exposure of the limelight, and she definitely can't risk another heartbreak.


As Shayla and Zack grow closer, though, business turns personal. And once their passion unleashes, there's no going back... 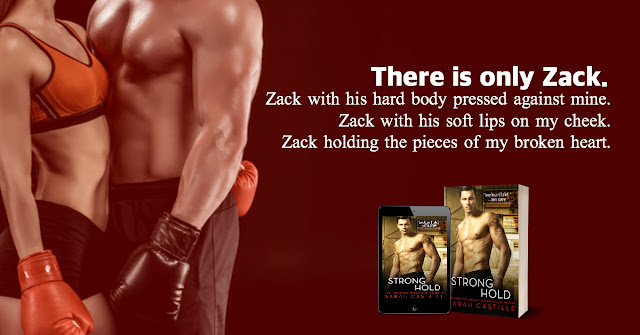 The attraction is obvious, the pain is visible, what you don't see right away is why they broke up the first time they were together. Can Shayla and Zack both get past the pain the break-up caused each of them?

In this fifth book of the Redemption series we are gifted with not only one MMA fighter but two! "Shilla the Killa" and "Slayer". Shayla, aka Shilla the Killa, was eight when she first met Zack, who was thirteen at the time, and there was just something between them. At first it was friendship that grew to attraction that grew into something more but Shayla's brother didn't like Zack in her life and he made it known that what he thought of him. This is the part that gets me, Zack finally leaves Shayla for what he thinks will be a better life, as a dancer at a prestigious ballet company in New York, but her life is anything but that. She gets married to an abusive man that is much older than she is and her brother has one talk with him? And that's it? Ugghhh, men! Anyway thanks to her ex almost killing her she moves across country and goes to the Redemption gym to start her MMA career because dancing is no longer in the cards for her.

Zack has had his own set of problems and regrets in the seven years since he walked out of Shayla's life, one being that she married...he has no idea that it wasn't a good marriage, and two, in his last MMA fight the fighter he was up against died in the ring. This was a life changing event for him because he took the blame of his oppoinents death on his shoulders even though he was told it wasn't his fault, so now he is a MMA recruiter, which is what brings him to Redemption. Imagine the shock and surprise when he sees Shayla there!

This story is HOT!!!! If you enjoy Sports Romances this is a perfect series for you. The book can be read as a standalone but it's more enjoyable if you read the series in the order which it has been released. Happy Reading!!! 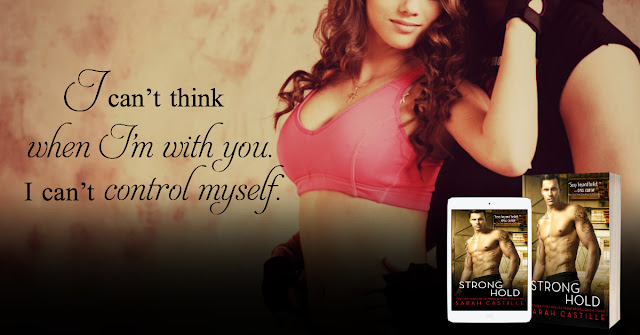 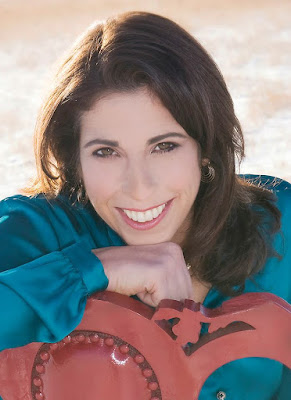 Sarah Castille is the New York Times and USA Today bestselling author of the Redemption Series, Sinner's Tribe Motorcycle Club series, Legal Heat series and the Ruin & Revenge series. A recovering lawyer with a fondness for dirty-talking alpha males, she now is a full-time writer, who lives on Vancouver Island. Sign up for her newsletter to hear about new releases: http://sarahcastille.com/subscribe/