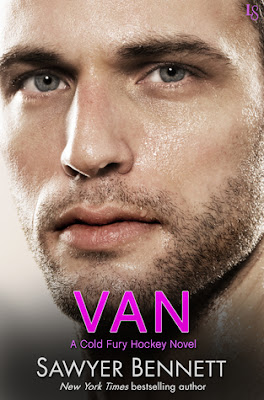 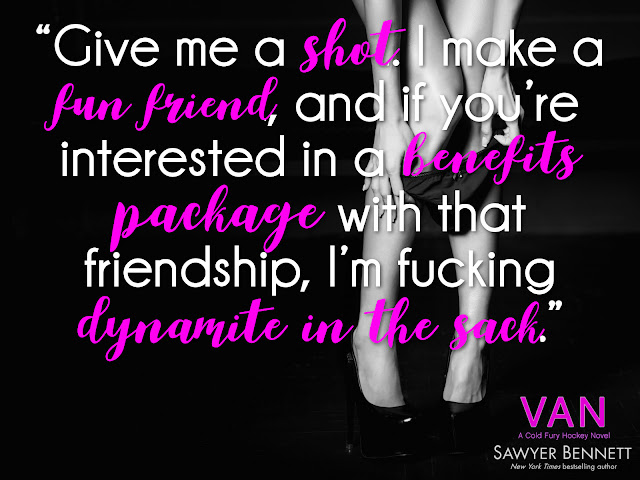 
Score one for the Carolina Cold Fury hockey team as a stone-cold badass melts for a woman who makes his blood run hot.

As one of the league’s toughest enforcers, Van Turner is ruthless on the ice. He plays hard because it’s the only way to channel the rage boiling inside, and a reputation as an A-hole is better than everyone knowing the truth. Van has spent his entire life running from a secret that’s kept him from getting involved in relationships—or accepting lucrative deals with East Coast teams. Then the Carolina Cold Fury makes him an offer he can’t refuse . . . and Van meets a woman he can’t resist.

Simone Fournier is the stubborn one in her family—and that’s saying something, considering her brothers are two of the Cold Fury’s biggest stars. Simone gets what she wants, and what she wants is Van. Still, there’s a part of him Simone can’t reach, no matter how hard she tries. In private, he’s all fire and passion. In public, he freezes her out. Van may want to push her away, but Simone won’t let him go that easily. Because this time, she’s playing for keeps. 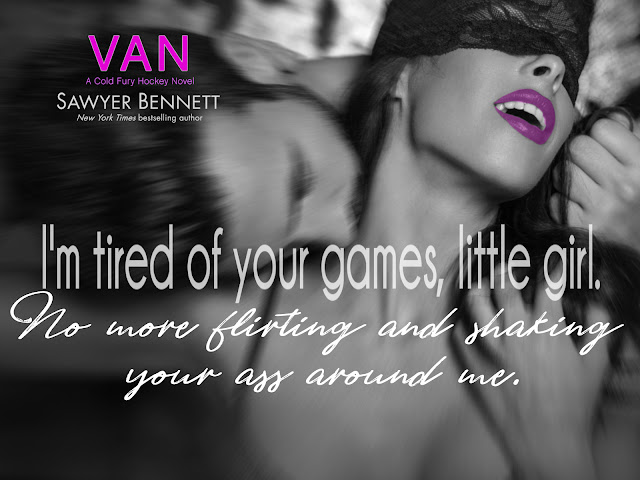 If you haven't read Lucas yet I strongly suggest you do, not only because it was a great read but because parts of that book run along side most of this one.

Van is Lucas' roommate and when Simone. Lucas' younger sister, comes to live with them for a bit he knows she's off limits but boy does she get under his skin.

I have been loving each and every book of the Cold Fury Hockey Series, and Van was no exception. The chemistry between Simone and Van was great but what really got me was Van's back story....wow what a whopper of a history he has! My heart broke and totally understood why Van was so closed off and didn't let anyone get close but all he needed was the love and support of a good, strong, self confident woman to show him the way.

I found this story to be a little different from the rest but that has to do with Van's backstory and once you read it you will understand. Have I mentioned that I LOVE this series yet? If you haven't read any of Sawyer Bennett's books yet this is a great series to dive into, the only common thread between all the books is the men play for the Cold Fury Hockey Team, other than that each book can be read as a standalone and each story has a different feel to it. 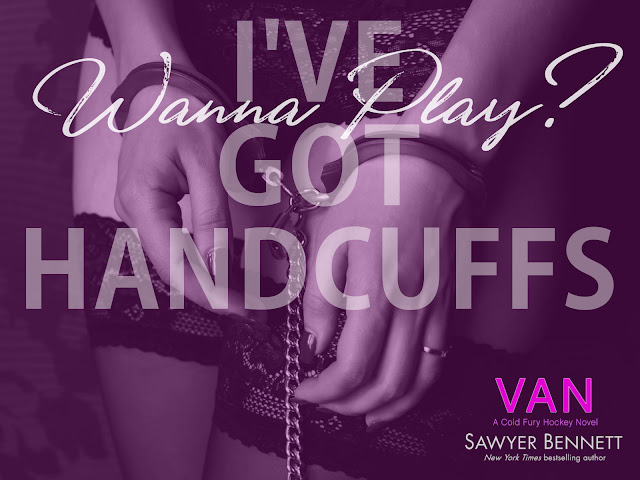 
Sawyer likes her Bloody Marys strong, her martinis dirty, and her heroes a combination of the two. When not bringing fictional romance to life, Sawyer is a chauffeur, stylist, chef, maid, and personal assistant to a very active toddler, as well as full-time servant to two adorably naughty dogs. She believes in the good of others, and that a bad day can be cured with a great work-out, cake, or a combination of the two.
WEBSITE | FACEBOOK | TWITTER | BOOKBUB | AMAZON AUTHOR PAGE | INSTAGRAM
at November 28, 2017