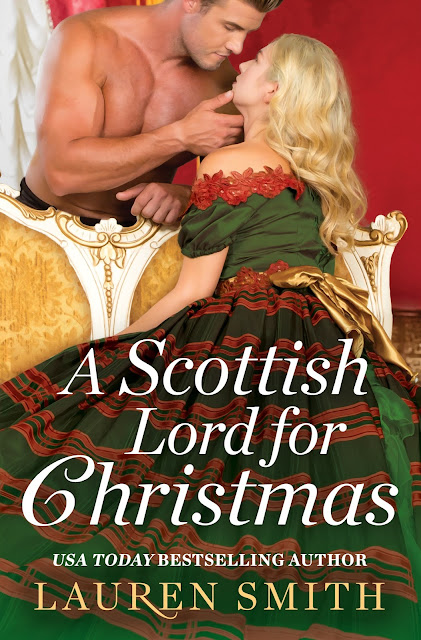 The best gifts come wrapped in a kilt... Beautiful Lady Rowena Pepperwirth can have any man her heart desires. Unfortunately no gentleman has elicited even the slightest flutter—until she meets the brooding Lord Forres at a holiday house party. With just one look at the dashing Scottish lord, Rowena suddenly knows what she wants for Christmas. Quinn MacCauley, Lord Forres, is in need of a wife. When he meets the lovely Lady Rowena, he knows she'll be a good mother to his daughter and a capable household manager. But Quinn doesn't count on Rowena being the most tempting woman he's ever met. He's determined not to risk his heart, but Rowena's just as determined to give him the greatest holiday gift of all—a chance at true love. 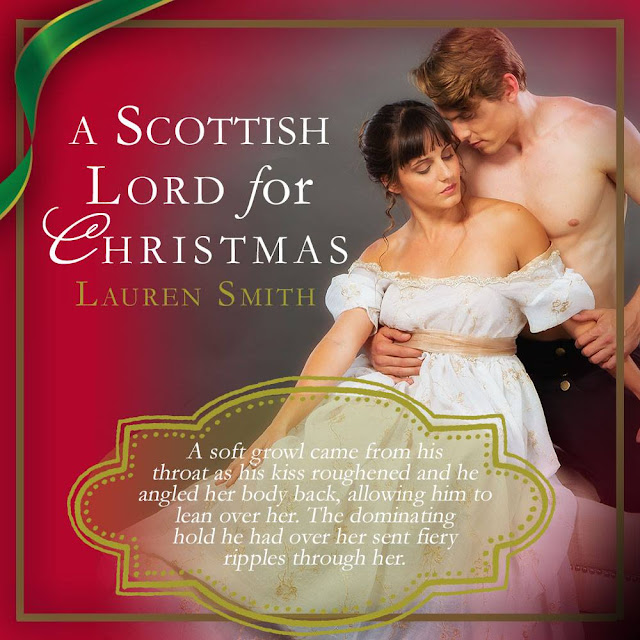 As much as he wished it weren’t true, he wanted to hold her deep into the night. It was one of the things he had dearly missed as a widower. There was no woman who belonged to him, no woman who he could tuck into his side and sleep with. Surely it would not be a bad thing to let himself have this one little joy in life.

We will sleep, nothing more. I hope. Even as he thought this, his mind replayed their wedding night, how wonderful it felt to have her beneath him, to taste her lips, to feel her body grip him tightly as they chased the building waves of pleasure.

“Thank you, Quinn.” Rowena was kissing him again and he lost control in a mere instant.
He rotated their bodies and pinned her against the wall, his hands exploring her curves, shaping the flare of her hips and the softness of her breasts. She arched into him, nipping at his lips playfully. He loved that about her, how she made him feel young and happy again. Losing Maura had aged him a decade, but being with Rowena, and her teasing kisses and playful nibbles, resurrected the ghosts of his youthful passions.

Years of practice had him lifting her up and carrying her to his bedroom. They only bumped into one wall and it was his arm he knocked into the wood paneling. With a little curse at the pain, he finally reached the bed and dropped her onto it. The woman was giggling. Quinn climbed up the bed over her and his clever wife was already working at the buttons on his waistcoat and peeling it off his shoulders. When she reached for his trousers, he gently pushed her hands away so he could get them off faster. Desire fogged his head, and his lips curved into a boyish grin that couldn’t be helped.

“You’re so lovely,” he whispered as he bent to kiss her. His hands rucked her skirts up to her thighs and he growled in frustration at all the fabric preventing him from reaching what he needed most.

Laughing, Rowena lifted her bottom so he could push the skirts to her waist. He covered one stocking-clad knee with his palm, urging her to part her legs as he tugged at her drawers. There was something wonderfully sinful about taking a woman fully clothed.

They shared a moan as he sank into her welcoming heat. She was damned tight, but wet and hot enough to burn him.

As he thrust into her deeper, their hips jerked together. She whimpered and threw her head back. Pins scattered as her blond hair broke free of the elaborate coiffure and rippled across the dark blue coverlet. Something inside him, a dark animal side, broke free. He didn’t want to hold back, not any longer. He covered Rowena’s mouth with his, kissing hard, giving her no chance to breathe as he drove into her again and again. He didn’t want to think about how he desired her, about how being with her like this drove him mad with hunger. It was like nothing else he’d ever experienced. When he was inside her, he couldn’t think past his next breath, the next surge back into her body, and how good it felt when she squeezed him with her inner muscles. His heart beat thunderously and boomed against his eardrums.

Her palms slid over his body, clawing at the shirt he still wore. They’d not gotten past his trousers and her undergarments. And he didn’t care. He needed more…he needed…Panting, he lifted up off her and rolled her over onto her stomach, raising her dress over her bare bottom. He gripped her hips, repositioned himself, and thrust back into her from behind. Rowena hissed in surprise and dug into the blankets as she stifled a low moan.

That never-ending sense of madness and the need to connect to her kept pulsing through him and he rammed into her over and over.

He was aware, dimly, of her coming apart beneath him by the sounds of her muffled cries. Quinn didn’t bother to do the same. He came with a shout and an exhalation as his body went limp. Doing his best to not crush her, he collapsed onto the bed and kept her tucked against him. Her bare bottom still rubbed against his groin and he moaned in lethargic pleasure.

Rowena was quiet, except for her shallow, quick breaths. His stomach clenched in sudden worry and he leaned over her, cupping her face to turn it toward his. Tears coated her lashes and her eyes were a little red.

“Rowena, lass, are you all right?” His voice roughened as his anxiety deepened. He’d hurt her? Been too rough? Bloody barbarian, I am…

“I’m fine,” she whispered. “I…well…it was so intense. I didn’t know…” Her cheeks were red as fresh cranberries.

“Aye, it can be intense.” He paused, wondering how to explain what they’d experienced. He’d been married and in love before. He knew from experience that sex with someone you loved was overwhelming, not just physically but emotionally. If Rowena was feeling that way now, she was falling in with love with him. He’d known she would fall for him. She was too open, too young and sweet not to fall for her husband. And what truly worried him was how powerful his feelings for her had been, still were…

“Have I upset you?” She tried to smile, but her lips quivered. It made something deep inside him stir, like a bird in its nest after winter had passed. It was strange…he had not felt…what it was he could not readily identify.

“I’m not upset,” he promised, and against his better judgment he bent his head to hers for a slow, lingering kiss that burned clear through him like shafts of winter sunlight piercing clouds.
“I forgot how young you are.” He smiled. Ten years felt like a lifetime between them in moments like this.

Her face was still dark with uncertainty and yet he didn’t know what to say to put her at ease.

One of Five ARC's for A Scottish Lord for Christmas 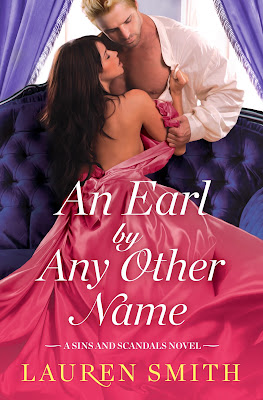 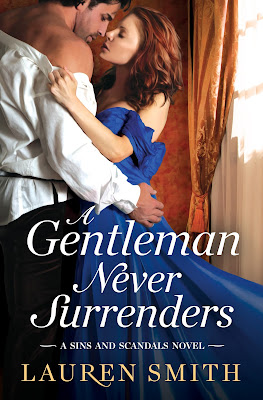