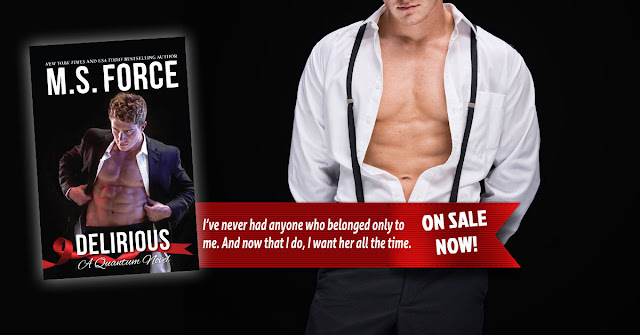 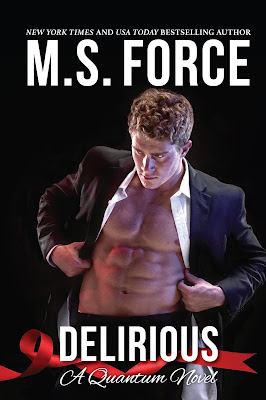 DELIRIOUS, part of the Quantum series, by M.S. Force is now LIVE!

As one of Hollywood’s hottest producers, Kristian Bowen is on top of the world. With the Quantum team is fresh off a clean sweep of awards season and looking ahead to the premiere of their new film, Insidious, Kristian’s life is exactly how he likes it, complete with a stable of willing subs to tend to his every desire. Until he attends the wedding of his friend and business partner Flynn Godfrey and meets AileenGifford, the close friend of Flynn’s new wife, Natalie. Since meeting Aileen five months ago, Kristian’s carefully cultivated life has changed in ways he never could’ve expected. Now Aileen and her children are moving to Los Angeles, and he’s not sure whether to be excited or terrified about his powerful feelings for the single mom…

Aileen is coming off the worst year of her life, spent battling breast cancer while taking care of two young children. When Natalie, Flynn and their other friends encourage Aileen to move to LA and work for Quantum, she jumps at the chance to give her family a fresh start. And with her off-the-charts attraction to Flynn’s business partner in the mix, the idea of living in LA becomes that much sweeter. Until everyone shows up to welcome her and the kids to their new home in LA—except Kristian. He can’t avoid her forever, and when these two finally see each other again, sparks fly between the single mom and the producer with a past he’s kept hidden from everyone who matters to him. When that past rears its ugly head, will he run away from the woman he loves or turn to her for comfort in the storm? And will she prevail in convincing him that he can be himself, in every possible way, with her?

Kristian and Aileen’s long-awaited story is full of heat, heart and humor, as well as appearances from all the Quantum characters readers love! 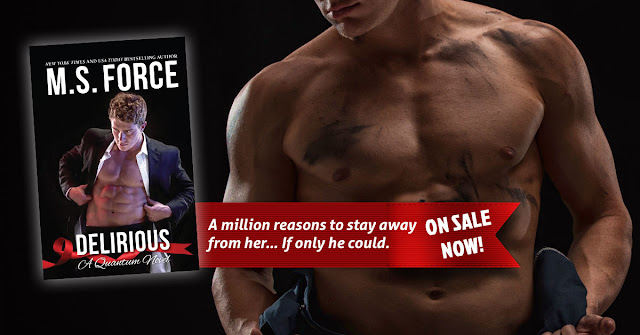 
Aileen
A knock on the door has my heart doing backflips. He’s here. I jump up to open the screen door for him, and I’m struck once again by how beautiful he is. Dark wavy hair, incredible blue eyes, made more so by the light blue shirt he’s wearing, and a body to die for. He’s carrying a huge armload of flowers and a bag.
I hold the screen door for him. “Come in.”
“For you,” he says, handing me the gorgeous and fragrant arrangement. I recognize lilies and snapdragons and my favorite, white hydrangeas. I love that he included them, which means Natalie must’ve told him they’re my favorite.
“They’re beautiful. Thank you.”
He offers a small smile as his gaze lands on my lips, letting me know he wants to kiss me but won’t with Logan looking on. I burn for that kiss.
“Hey, Logan.”
“Hi.”
“How’s Maddie?”
“She’s napping. The cut was hurting earlier.” I nod toward the kitchen. “Want to help me put these in a vase?”
“Um, sure.”
In the kitchen, I put the flowers on the counter and turn to him, resting my hands on his hips. “Hi,” I whisper.
“Hi, yourself.” His voice is gruff and sexy, and I wish I could be alone with him. That thought is unprecedented for me. I’m not the kind of mom who yearns to be free of her kids. I love being with them, and they’re never too much for me. The three of us have been a unit for so long. But now…
His lips brush against mine, clearing my brain of every thought as I process his nearness, his scent, the tingle of his late-day scruff against my face.
I take a deep breath.
He shifts his attention to my neck. “Long fucking day,” he whispers.
“Were you busy?”
“Yeah, but that’s not what made it long.”
“No?”
He shakes his head. “Waiting for this made it long.” His arms slide around me, bringing me in close to his fully aroused body. My reaction is instantaneous, my legs are like rubber bands wobbling under me. The last thing I want is to put a stop to something that feels this good, but we can’t do this now. “Kristian…”
“Hmm?” He seems to be breathing me in, which I find wildly erotic.
“The kids.”
He freezes, raises his head and takes a step back, but his eyes… His eyes are on fire for me. “I’m sorry.”
“Don’t be. I wanted that as much as you did.”
“I’m not sure that’s possible.” 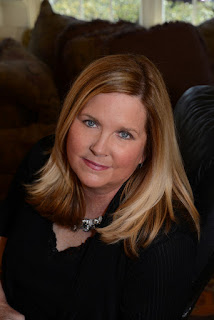 Her goals in life are simple—to finish raising two happy, healthy, productive young adults, to keep writing books for as long as she possibly can and to never be on a flight that makes the news.

Join Marie's mailing list for news about new books and upcoming appearances in your area. Follow her on Twitter @marieforce and on Facebook. Join one of Marie's many reader groups. Contact Marie at marie@marieforce.com. Subscribe to her new blog to hear the latest and greatest news, including giveaways and other great prizes. Go to the blog and enter your email address on the upper right-hand side.