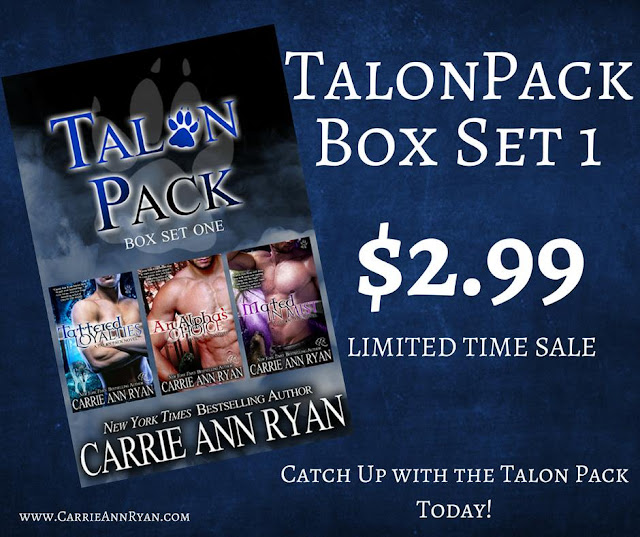 I have a surprise for you - a boxset of the first three books in Carrie Ann Ryan's Talon Pack series is available now for just $2.99! Make sure to grab your copy today and get ready for the release of DESTINY DISGRACED on September 12th! About the TALON PACK boxset

The war between the Redwood Pack and the Centrals is one of wolf legend. The Talon Pack was always on the fringes, prepared to fight, but not in the right leadership. With the new Alpha and ruling family, the Talons are a Pack of wolves that no one wants to mess with.

Tattered Loyalties – Talon Pack Book 1
The Alpha of the Talon Pack finds his mate in the daughter of the rival Pack…a submissive wolf ready to take on the world for her family. Gideon and Brie will have to fight until the end of days in order to test their boundaries and their mating bond…or all will be lost.

An Alpha’s Choice – Talon Pack Book 2
Brynn is the sister of the Alpha and Finn the son of their rival Alpha and yet fated to be mates…only one of them can’t sense the connection. They’ll have to find out how they can create the bond as the rest of the world deals with the revelations that could destroy their fragile peace.

Mated in Mist – Talon Pack Book 3
Ryder is the Heir to the Pack while Leah is a witch with no home and once their paths cross, nothing will stop them but themselves. New enemies come to light as they must protect their people and together their passion will burn bright…or combust and shatter them both. 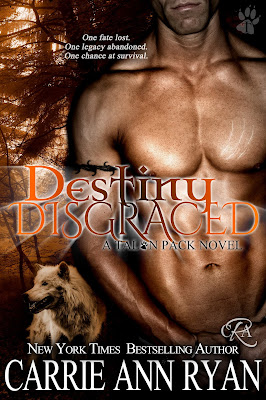 Mitchell Brentwood is aware that others think he’s the harsh taskmaster Beta trying to keep his Pack alive, but they only see what he wants them to know. He’d once thought he had his path laid out before him, but when his future was violently ripped away, he vowed he’d never let anyone close again—especially not a young wolf from a traitorous Pack.

Dawn Levin may be younger than the war that destroyed her people, but she knows she must still pay for their sins. She’s ready to find her way in this new world where wolves and humans blend as one, but first, she needs to fight her attraction to the dark wolf that stands in her way.

While the two struggle with their feelings and burning attraction for each other, they can’t ignore the world that shakes beneath their feet. There is a new enemy on the horizon, one with revenge and the unknown on their minds. An adversary that might be closer than they realize.