Murphy's story is here! You can get your hands on Carrie Ann Ryan's HOPE RESTORED now! Read an excerpt below and pick up your copy today! 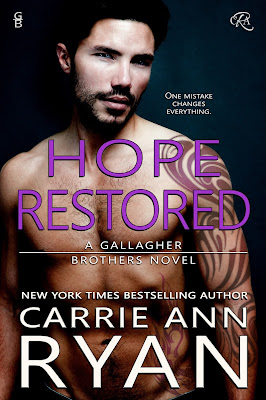 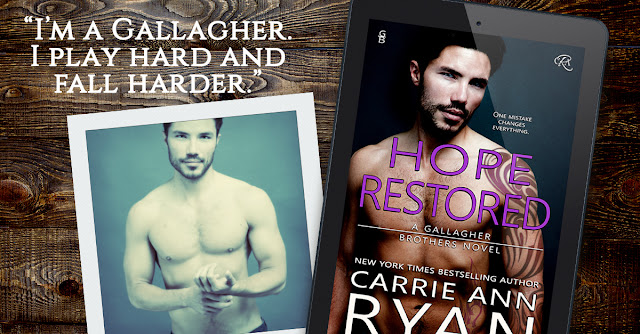 Get a sneak peek at HOPE RESTORED:


“I know you told me to forget what happened after I got out of the shower, but I don't think I can.” Murphy turned toward her, and she moved her head so she looked right into his eyes. She almost gasped at the heat she saw in them, and at how dark they’d become, but she stopped just in time.

“What are you saying?”

“I can’t get you out of my head, Tessa.” Murphy raked his hands through his hair, and Tessa watched as his muscles bunched up deliciously at the action. “We’ve always flirted, but we made sure to stay on the side of friendship.”

“And that was a good choice,” Tessa said quickly, afraid of what was being said, and yet knowing there was no turning back now.
“Was it? Because I’m so happy that you’re in my life. I love that you’re my friend. But every time I look at you, I see something more. I see something that we could be.”

Murphy snorted. “I am damn good at sex. And I have a feeling you’re even better than you think you are, but that’s not what I’m talking about. Or, at least, that’s not all I’m talking about. I like you. I think I’ve always liked you. I don’t know what’s coming for me— or anyone else for that matter. But I’m tired of standing by and doing nothing because I’m too afraid of what might happen.”

Tears filled her eyes, and Murphy reached out to wipe them away before she could. “Murphy…”

“Murphy… you’re going to have to explain to me exactly what you’re saying because, right now? Right now, I’m seriously confused.” Or rather, she was afraid she was reading too much into his words and getting it all wrong.

Murphy moved closer again, this time, so close that their thighs touched, and she could feel his breath on her neck. “I’m saying you only live once, Tessa. I want to know you. I want to feel you underneath me. I want to go back to your bedroom and make love to you, fuck you hard into the mattress until we are both sweaty, panting, and spent. What comes after? That’s something we’ll have to figure out as we go on, but I’m tired of holding myself back because I’m afraid. I’m tired of not doing what could be the best thing for us because I don’t want to take the chance.”

“Are you saying all of this because you’re sick?” She asked the one question she knew he might hate her for. But it was also the question she needed the answer to most.

“Maybe. But I’ve been feeling this need for you since before I knew I was sick again. So, maybe me looking into the hourglass made me actually give in to what I’m feeling. But knowing that isn’t the reason I want you in the first place. I want you, Tessa. All of you. Not because I’m afraid of what might come, but because I don’t want to lose what we could have because of fear.”

And damned the consequences in the morning. 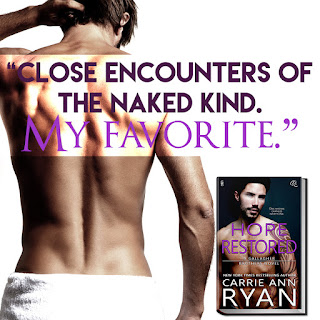 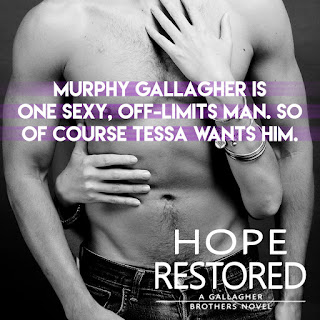 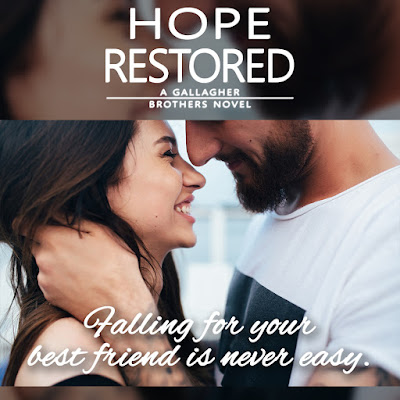 Carrie Ann Ryan is the New York Times and USA Today bestselling author of contemporary and paranormal romance. Her works include the Montgomery Ink, Redwood Pack, Talon Pack, and Gallagher Brothers series, which have sold over 2.0 million books worldwide. She started writing while in graduate school for her advanced degree in chemistry and hasn’t stopped since. Carrie Ann has written over fifty novels and novellas with more in the works. When she’s not writing about bearded tattooed men or alpha wolves that need to find their mates, she’s reading as much as she can and exploring the world of baking and gourmet cooking.
Website | Twitter | Facebook | Newsletter | Instagram | Tumblr | Pinterest
at July 25, 2017