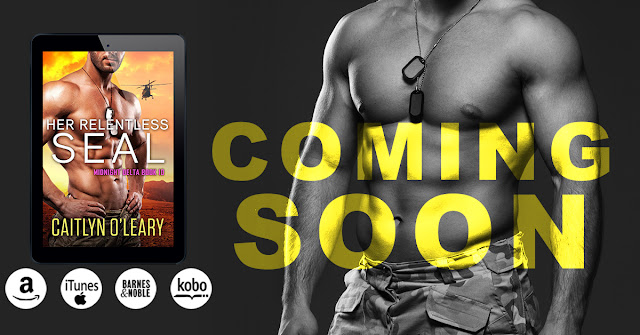 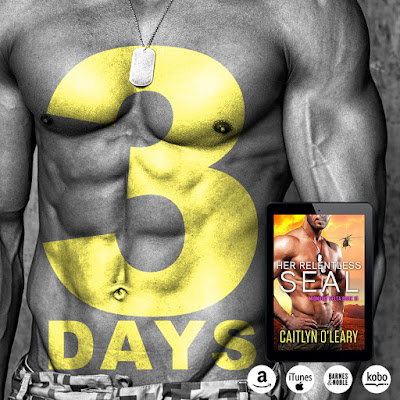 Her Relentless Seal by Caitlyn O'Leary releases in 3 days!

This is book #10 in her Midnight Delta Series. 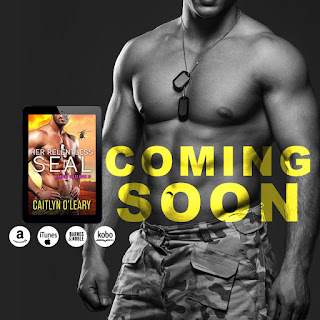 ON THE RUN FOR HER LIFE

Small-town girl Evie Avery’s dream vacation has become her worst nightmare. Now she's on the run in a foreign country, and has no idea why.


NO ROOM FOR ERROR

Navy SEAL, Aiden O’Malley, had his reasons for turning his back on Evie all those months ago, but he hasn’t been able to get her out of his mind. She changed him, for better or worse. When he finds out she's missing, long-pent-up feelings come roaring to life, and he will stop at nothing to bring her home.


A LOVE WORTH FIGHTING FOR

Evie finds herself face-to-face with a man she vowed to forget. The flame she thought had burned out months ago suddenly ignites. Storming back to Tennessee, she is mad as hell when he follows her. Worse, she finds that the terror she’d experienced abroad, is still stalking her. Aiden hounds Evie’s every step as he tries to keep her alive, but she doesn’t care, it’s not his protection she wants. If she can’t have his heart, she wants him gone. As the enemy closes in, Aiden wonders if there enough of his battered soul to give to a woman who deserves the world.
at April 22, 2017